November 2006: Unexpected and unannounced, the Entebbe Police delivered a child to the house while Robert was out running errands. The police left no information except that her name was Julee and she had been abandoned. Robert tried to get in touch with the officer responsible, but she was completely unreachable.

In the meantime we had a traumatized and malnourished young girl needing immediate medical attention. Our guess was that she between 3-4 years old. After two days with this little darling we began to suspect that she had been raped. We took her to an American doctor who confirmed our suspicions and referred us to a gynecologist.

December 2006: If there was one word to describe Julee it was resilient. Just a few weeks after her arrival, Julee could be heard laughing throughout the whole house and she was gaining more strength with each passing day. It was amazing watching the way she interacted with the others; genuinely concerned about their well-being and often found screaming their names in sheer joy! She was also an active participant in our classroom time at Malayaka House. It is inevitable that she will be walking soon and we are all eager for that moment.

March 2007:  At the end February we noticed that Julee was not doing well, not being herself. She was experiencing shortness of breath and general discomfort. We took her to the hospital in Kampala where she stayed on oxygen and other medicine for almost 2 weeks. The doctors there came to the conclusion that she had a cancerous tumor on her lung that was pushing against her heart. There was discussion of surgery, but eventually the doctors told Robert that they were not able to complete the risky operation. Frustrated and lost for what to do, we took the advice of another doctor to take Julee to Nairobi, Kenya, where the doctors are more specialized and the equipment for treating children is more sophisticated.

Julee survived the 20 hour drive to Nairobi and the days of tests there. A diagnosis was eventually reached, it was confirmed that Julee in fact had Pulmonary Hypertension, not a cancerous tumor. Pulmonary Hypertension affects how the heart gets blood and oxygen to the lungs. Julee probably had this since birth and it was now at a very severe stage, requiring multi-organ transplants, an impossible surgery to administer in East Africa. There was nothing they could do except keep her comfortable.

Julee survived the trip back to Malayaka House, was able to see her family of aunties and siblings who surrounded her with love.  On March 10th 2007, hours after her return home, Julee stopped breathing in her sleep, in Robert’s arms.  The last seven months of Julee’s life were filled with love and support from her brothers, sisters, Aunties and Uncle at Malayaka house. She will never be forgotten. 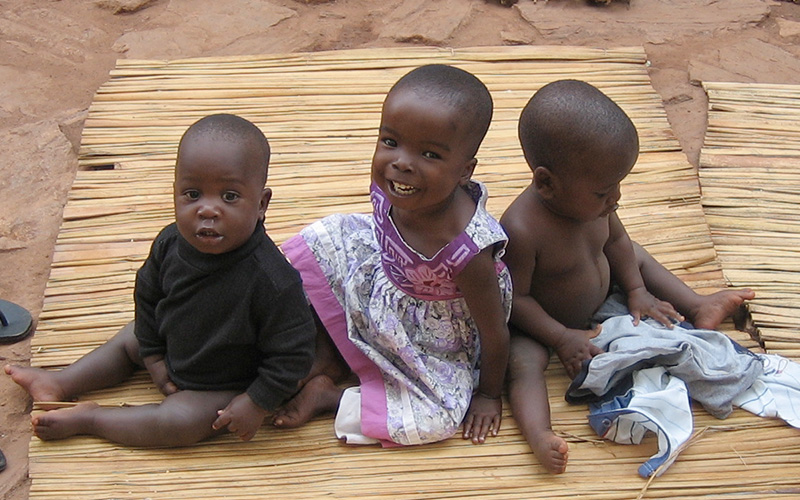