Early in January, 2006, the Child and Family Protection Unit of the Entebbe Police Department contacted Robert about the deteriorating health of 8 month-old triplets named John, Jimmy, and Cheche.  They were living in a very poor village with their mentally ill mother.  The boys were extremely sick and the community was worried.  On numerous occasions the boys were left alone and forgotten about.  When the villagers tried to help the children by taking them into their homes, their mother would become irate and belligerent.  It was obvious the babies were not getting enough food and were growing sicker every day, causing concern to grow in the community.  The Local Council was alerted about the situation and voiced their fears to the police.

The following month Robert was called to a meeting that involved the community leaders, the Child and Family Protection Unit, and a local child advocacy group.  It was inevitable that the situation had become life threatening and if something wasn’t done immediately they were going to die.  The boys were now in critical condition; each baby was sick with malaria, pneumonia, and severe malnutrition. The local authorities made the difficult decision to rescue the triplets from their birth mother and placed them in the care of Malayaka House.

Robert spent the next week in the hospital with the boys until they were strong enough to go to their new home.  They continued to travel back and forth to the hospital, as the infants’ weak immune systems were not strong enough to fight the malaria.  High fevers, convulsions, vomiting, diarrhea, and serious upper respiratory infections were some of the triplets’ most challenging symptoms.  All efforts would go into getting John back to health and then Jimmy would get sick.  Once Jimmy started to get better, Cheche would get sick.  For six months Robert and the aunties fought to keep the triplets alive.

Today they are more than perfect!  All three boys graduated Nursery school in December 2011.  It is almost impossible for one to believe the grave start they had in life compared to how well they are doing now.  Their personalities are very different, but each shares an exuberance that is second to none.  It is no longer possible to speak of the triplets as a single unit like we once did, but it is also not possible to think of them as separate. They are connected to one another by something that is unknown and mysterious, which is both powerful and beautiful. 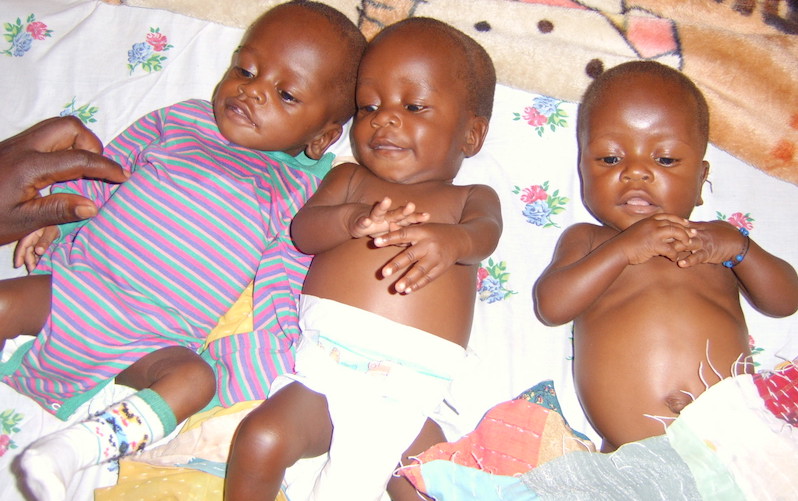 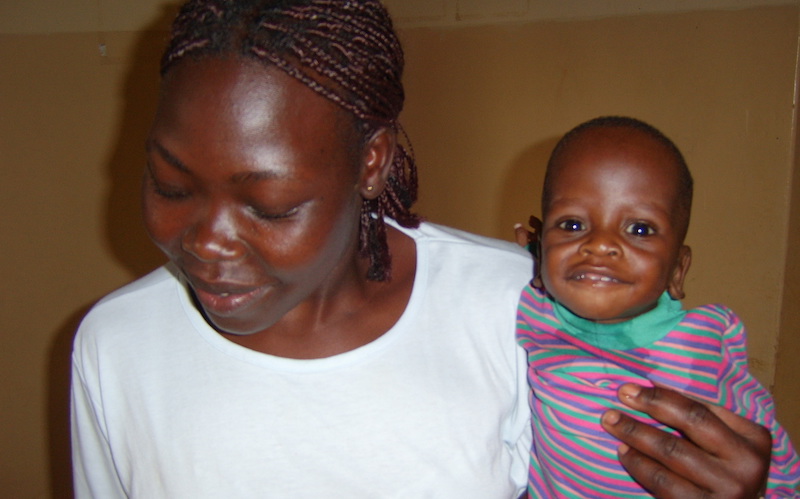 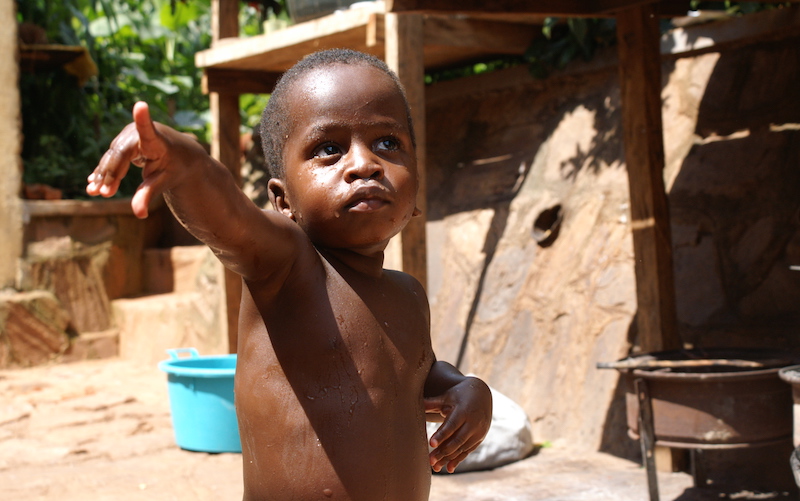 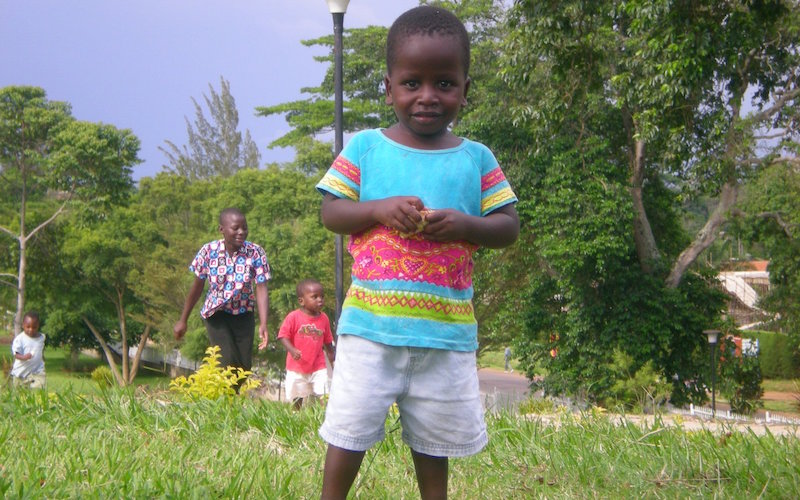 John was the first born and the first to sit.  He is more serious, thoughtful, and pensive than the others.  His favorite things in life are books.  When he was younger, he used to carry them around all day long if he is given the chance.  If he found someone to read to him he will be there for hours asking questions, re-reading, and finding new books to read.  Also, he is very imaginative and creative, and a great actor. John has a mind that runs in over-drive.

He is studying Primary at Pearl of Africa International School and he would never miss a day of school. His teachers adore him, although sometimes it is hard for them to keep his mind in class. Johnny is quite a daydreamer!  Through and through, John is a wonderful boy and a delight to be around.

We are very proud of you, Johnny! 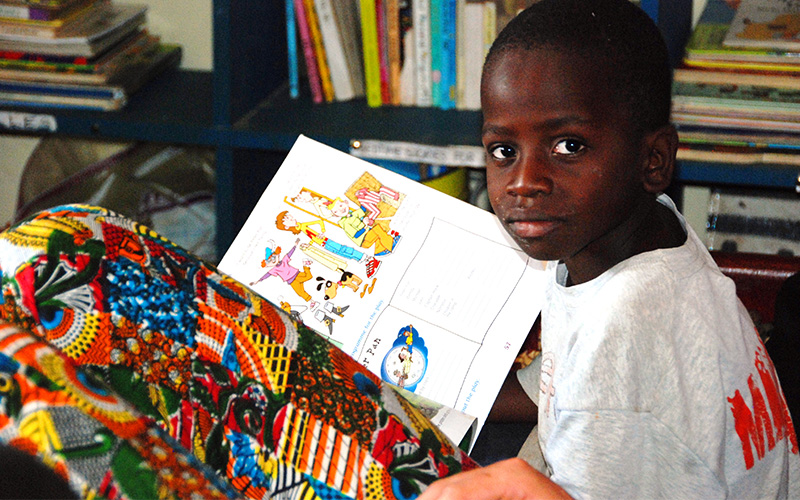 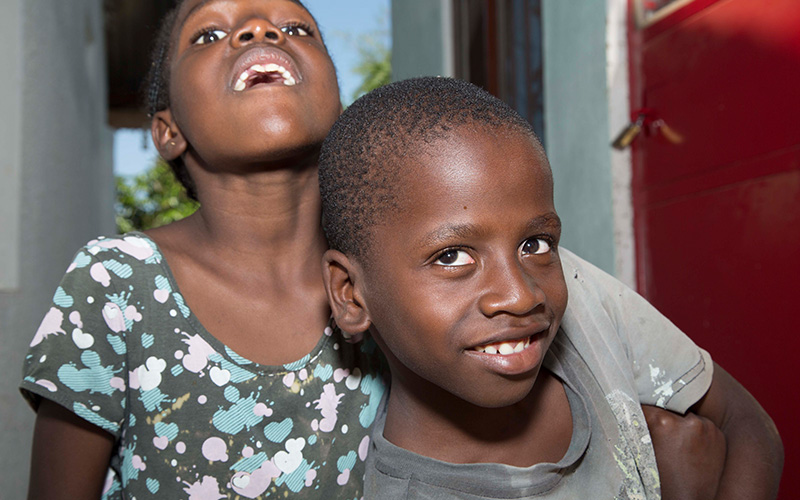 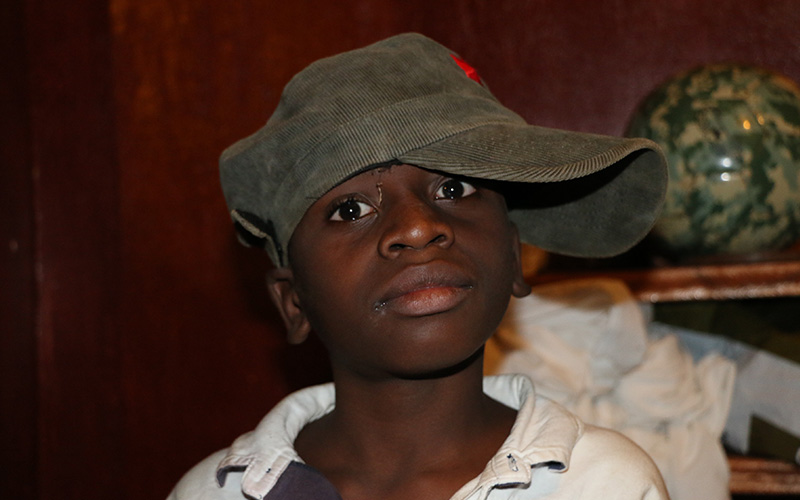 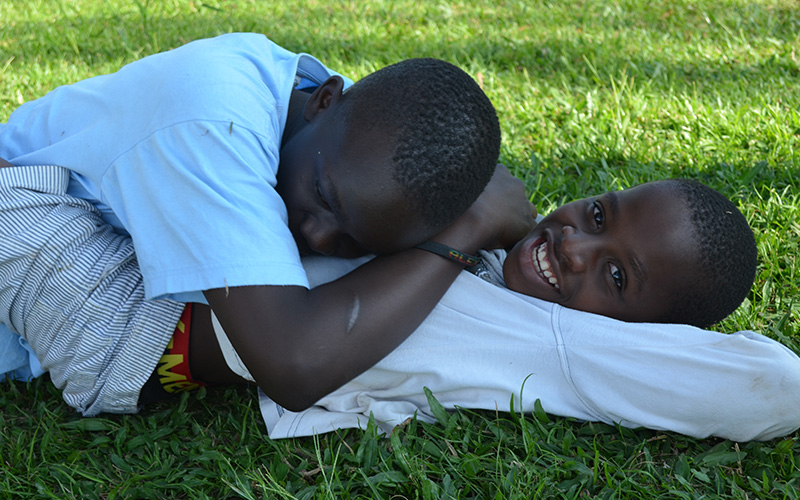