In June of 2008, three AIDS orphans made the difficult decision to escape from the only home they knew. Namatovu (16), Naiga (15), and Hakim (10) fled from an orphanage home notorious for unspeakable abuse and neglect.  Malayaka House intervened, worked with authorities, and offered the kids safety, security, and ultimately hope for a better life.

Years after, in 2013, the three of them asked Robert to help their younger sibling, Cheche, that life had left behind living with his grandmother and surviving in the streets of Kampala collecting scraps on the streets.

These are four polite, hard-working, and motivated kids that by no fault of their own have endured far too much.

Cheche arrived to Malayaka House without knowing a word of English and had never gone to school, so he could not read, at the age of 12. We called him Big Cheche because we already had small Cheche at the house, but also because he has big, strong, and has powerful hands and body.

He connected with the kids, older girls, aunties and Robert since the very first moment. He is a hard working kid, he loves to get involved with all the new projects, helping Hakim or running his own with Robert or any male volunteer around.

He is organized, gentle, responsible, proud, respectful and sweet. He has a lovely and big smile, as big as his hands and feet are. He is a physically and mentally strong teenager and is determined to study and learn how to read, and go back to school.

He is happy at the house and calls the rest of the children his brothers and sisters, and he is actually a role model for the boys. As they do with Hakim, they follow Cheche everywhere, and he plays, teaches and takes care of them.

Lucas is attached to him like to no other in the house. “Biggy”, as he calls him, is like his old brother, his mentor, his model and the one Lucas likes to follow. They play, work, and cook together. One of the nicest things to see in Malayaka House is how Lucas cuddles with Big Cheche and how happy they are together.

Biggy always knows who is sick in the house, and comes to ask for help and cares for them. He is also sincere and would come to tell if he disagrees with something that he thinks is unfair. He has a very strong sense of justice.

Big Cheche adores dogs and cats. He is the one that feeds the dogs and whistles them to come for food and they follow him like a leader. It is fun to see how he can cuddle a cat in his big arms for hours, and he cares about them.

He also loves building and gardening. And does every work with a huge, lovely and beautiful smile.

We started homeschooling him when he arrived and now he is capable of reading and having a perfect English conversation. He is a smart and intelligent kid and learns fast. He loves Maths.

In 2015 he started playing rugby with the younger Mongers (the man’s team that trains with the Entebbe Sharks) and now he has good friends there and loves spending time with them. He is a very good player, and as auntie Anna says, he will one day be a rugby player for the Ugandan team.

We are happy that he crossed our path and very proud of him. 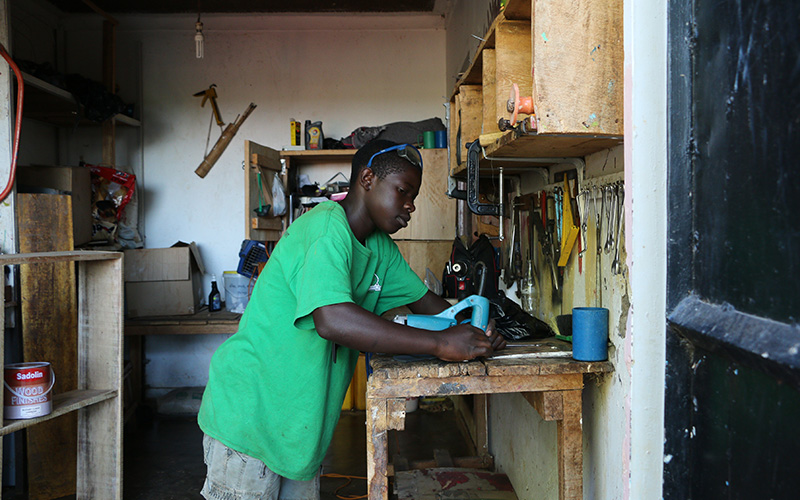 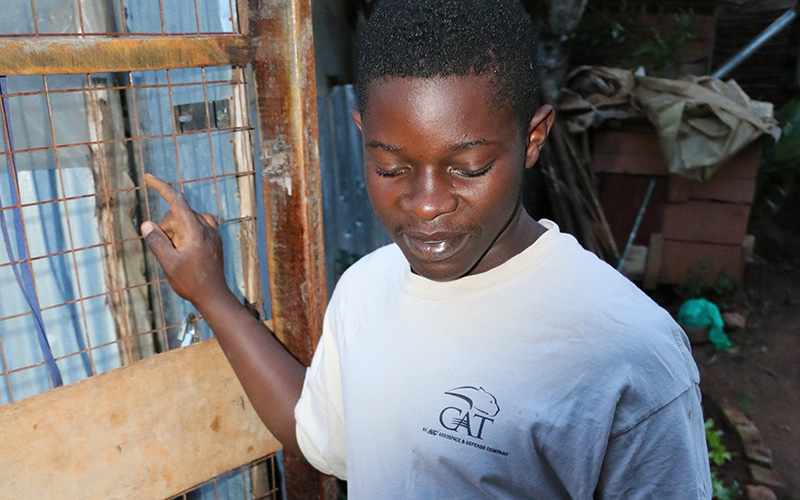 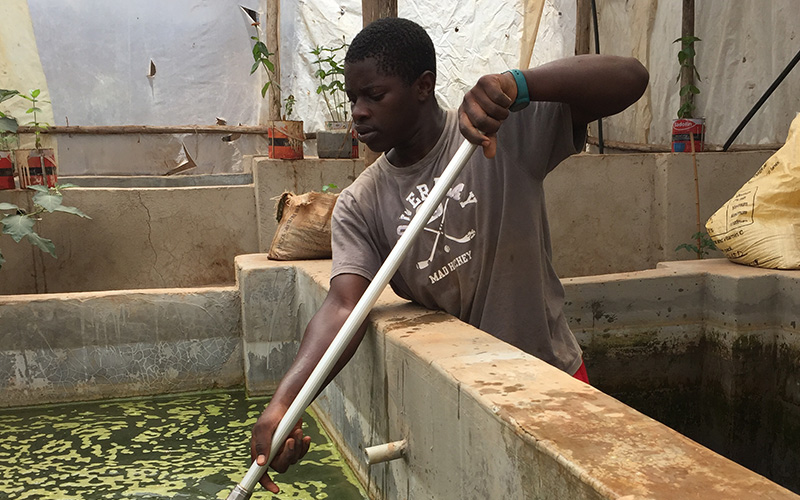 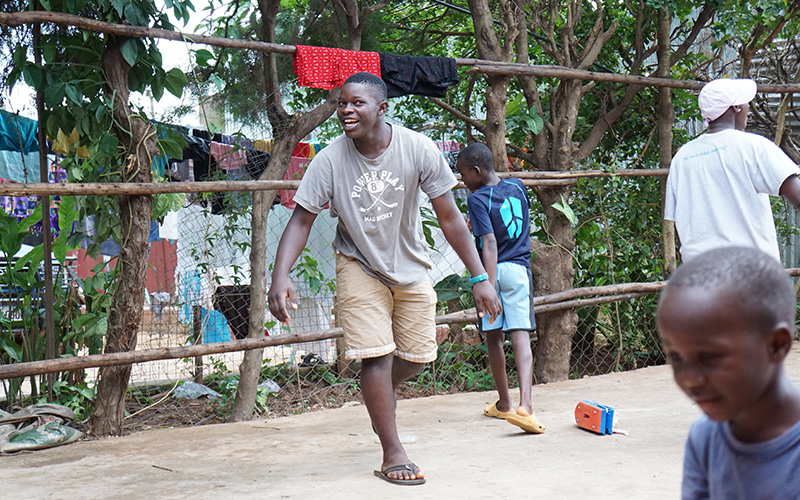